Remediation of a decommissioned power plant of the main Maltese energy company, Enemalta.

TIA had already been entrusted with the asbestos removal operations from the power generation system and other areas of the Kordin power plant. The customer's final aim was to turn the plant and its installations into a museum; for this reason, all operations were carefully carried out to avoid damages.

Kordin underground power plant is described as "one of the most interesting industrial archaeology sites of the island of Malta" by the Dean of the Faculty of Engineering of Malta, Professor Robert Ghirlando. The power plant is composed of a tunnel network containing the power generation system and its switchboards. It was built before the Second World War and used by the British Army up to 1979, when they left the island. It was then handed over to ENEMALTA, which closed it down in 1992. According to Professor Ghirlando, this plant's diesel engines are unique, as there are only 12 of this kind left in the world and six of them are in Kordin. 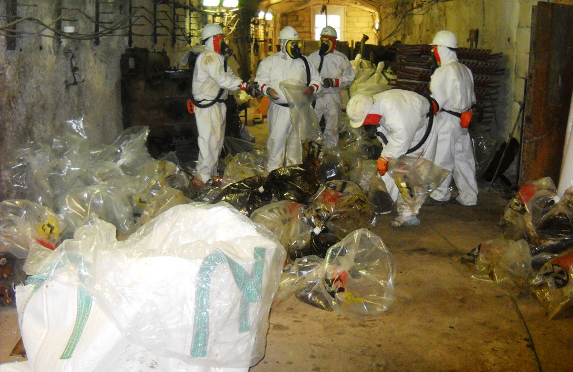