EDF chose TIA to remove the asbestos from 204 buildings of the former NATO base in the French territory.

There were various asbestos-containing materials, in particular:

These buildings were demolished in order to clear an area that is now part of one of the largest photovoltaic parks in the world: 143 megawatts of power to supply a town of 62,000 inhabitants.

It is worth noting that the reclamation of this area includes also a tourist aspect, thanks to the "Energy house" project and a military aircraft museum to keep alive the memory of the original use of this area.

The French State, which owns this area, will receive a rent from EDF Energies Nouvelles for 22 years. At the end of this period of time, if the agreement will not be renewed, the company will dismantle the installation and recycle the photovoltaic modules. 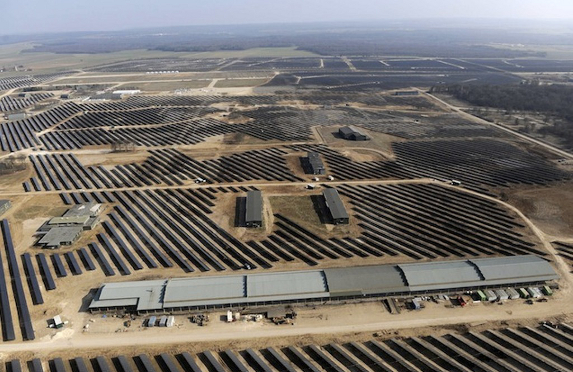